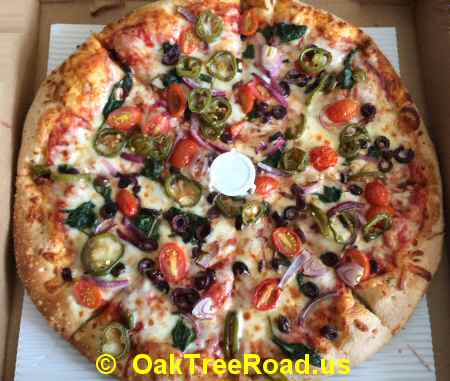 You see, I was raised on Idli, Medu Vada, Masala Dosa and Sambar.

I never learned of Pizza till I was in my teens.

When I had my first Pizza in a major Indian metropolitan city, there was no concept of toppings.

You just ordered a Pizza, which is what I did.

And then I moved to the US of A.

In the U.S., any direction I turned I found a Pizza place.

Thus I became addicted to Pizza in its infinite flavors.

There are a few Pizza joints on Oak Tree Road in Edison and Iselin.